Visitors to Kopparnäs-Störsvik are treated to undeveloped coastline as far as the eye can see and rocky outcrops rising high above sea level. The area is perfect for island hopping and enjoying the peace and quiet of the forest.

The Kopparnäs-Störsvik outdoor recreation area consists of two parts — Kopparnäs, which is part of Inkoo and Störsvik, which is located in Siuntio. Both Uuvi and Metsähallitus owns parts of the area but it is managed as a single entity. The area covers nearly 800 hectares and there is more than 15 kilometres of undeveloped coastline.

There are several rest areas with campfire sites in Kopparnäs-Störsvik. The best sea views are provided by the Rävberget cliff and the Bergudden vantage point. The rocky terrain between these two places is perfect for strolling and enjoying the landscape.

There are a few marked routes in the area. Visitors can hike around the Klobbacka headland along the Klobbacka trail which meanders across outcrops and forests. The trail is a 2.7 km circular route marked with orange and sometimes with steel posts, and it starts and finishes at the end of Klobbackantie. The trail follows a narrow, in places uneven, rocky forest path.

Kopparnäs-Störsvik covers a vast area and is good to get know by bike. The gravel roads are easy to cycle and the route between Österviken and Sandfjärden is mostly surfaced. The route is approximately two kilometres long and includes two short surface rock sections. The terrain on the route between the parking area next to the Störsvik water treatment plant and Sandfjärden is also suitable for cycling. The route around the whole of Störsviken is for mountain bikers looking for a more challenging journey.

In addition to the vast mainland area, the Uuvi outdoor recreation area includes many islands, which make perfect short trips for paddlers and boaters. Stora Halsö is the biggest island in Kopparnäs and there is a jetty, mooring rings and buoys at the northern end of the island. The water depth next to jetty is approximately 1.5 metres. There are campfire site and a dry toilet nearby to the jetty. The island also has a small self-service sauna. There are no services on the other islands, but they are still nice destinations for individual visitors. Visitors are asked to avoid disturbing the nesting birds in the area during the summer months.

Woodlark, which is rare and protected bird species, nest in the rocky areas of in Kopparnäs’ interior. Visitors with dogs are asked to keep them on a leash all year around.

The roads and parking areas are maintained during winter time.

The Bergudden vantage point is suitable for people with additional mobility requirements, as the route to the seashore is flat. There is also a disabled dry toilet nearby.

In the Sandfjärden beach area there are services for people with additional mobility requirements: campfire site, shelters, firewood shelter and dry toilet.

The Kopparnäs-Strösvik area has a long history, having long been known for its commercial apple orchard. Today, only the ruins of the manor house and crofts remain. After the second World War the area was leased to the Soviet Union, during which time almost the entire area was burned. Störsvik was saved from the fire and the forest there is much older than on Kopparnäs. The Bronze Age burial mounds in the area also serve as a reminder of the area’s steeped history.

The area was bought by the energy company Imatran Voima in the late 1960s. The company had plans to build a nuclear power plant on the land. Those plans never came to fruition, and the area was instead used by the company for educational purposes and for development and research, as well as for staff recreation. The southern shore cliffs were used to test wind turbines and signs of this work can still be seen. The area has also been used to grow energy willow (Salix sp.), which has rapidly spread and is hard to remove.

Uuvi and Metsähallitus have been the owners of the area since 2003 and 2009, respectively. Since then, the area has been maintained as a single entity. The Kopparnäs-Störsvik area has exceptionally long undeveloped shoreline and is a true treasure for all the shoreline admirers.
The area is under development and is set to become an even more popular with a wide range of visitors. 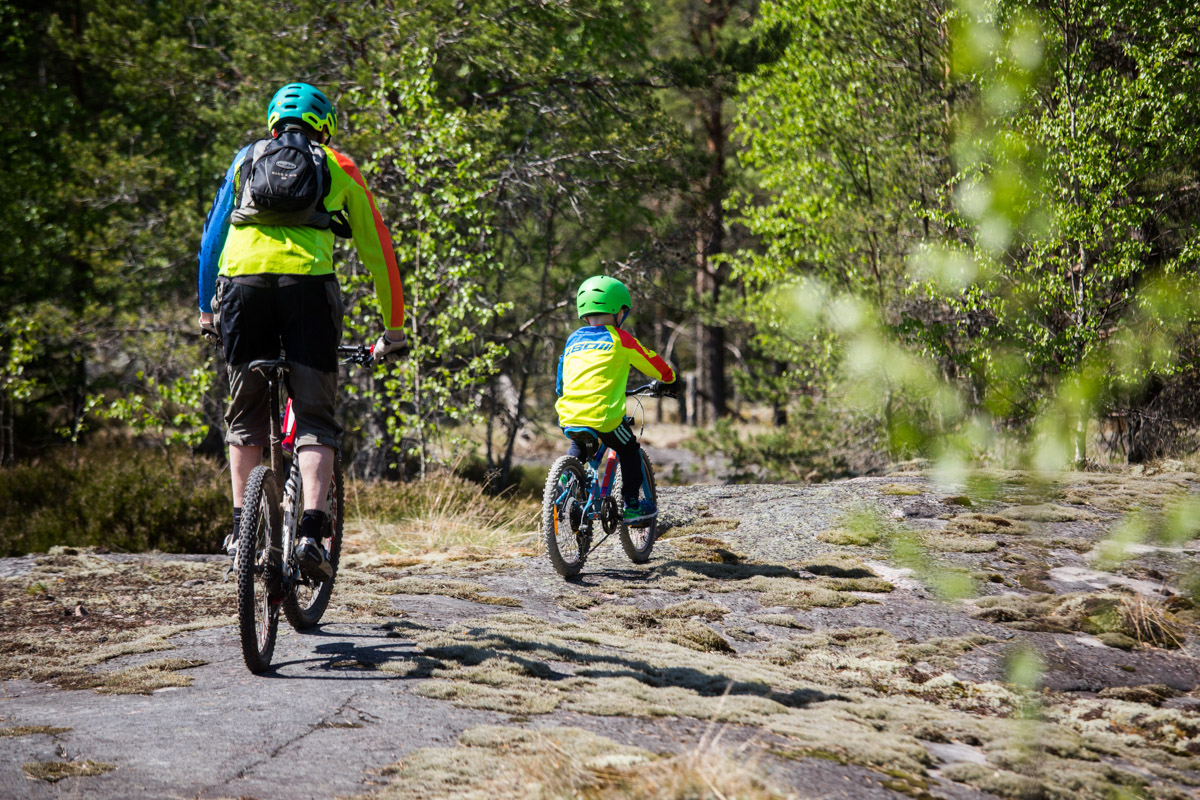 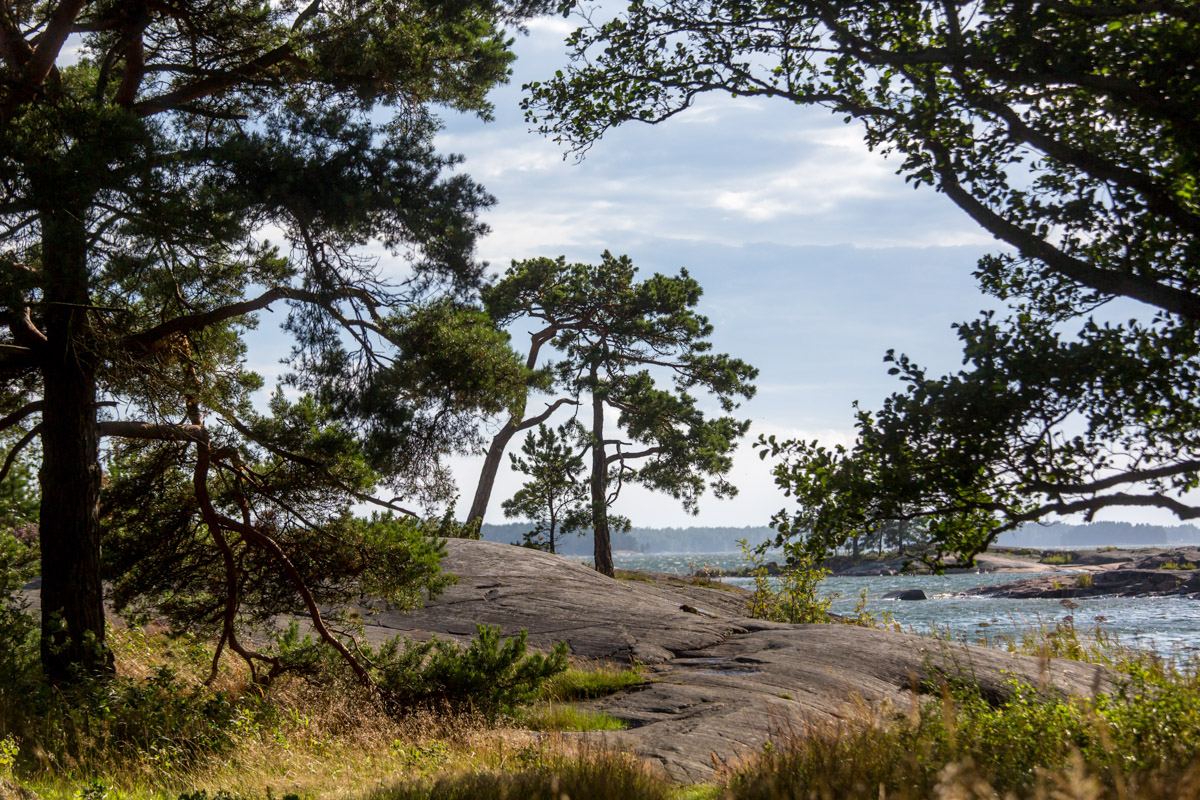 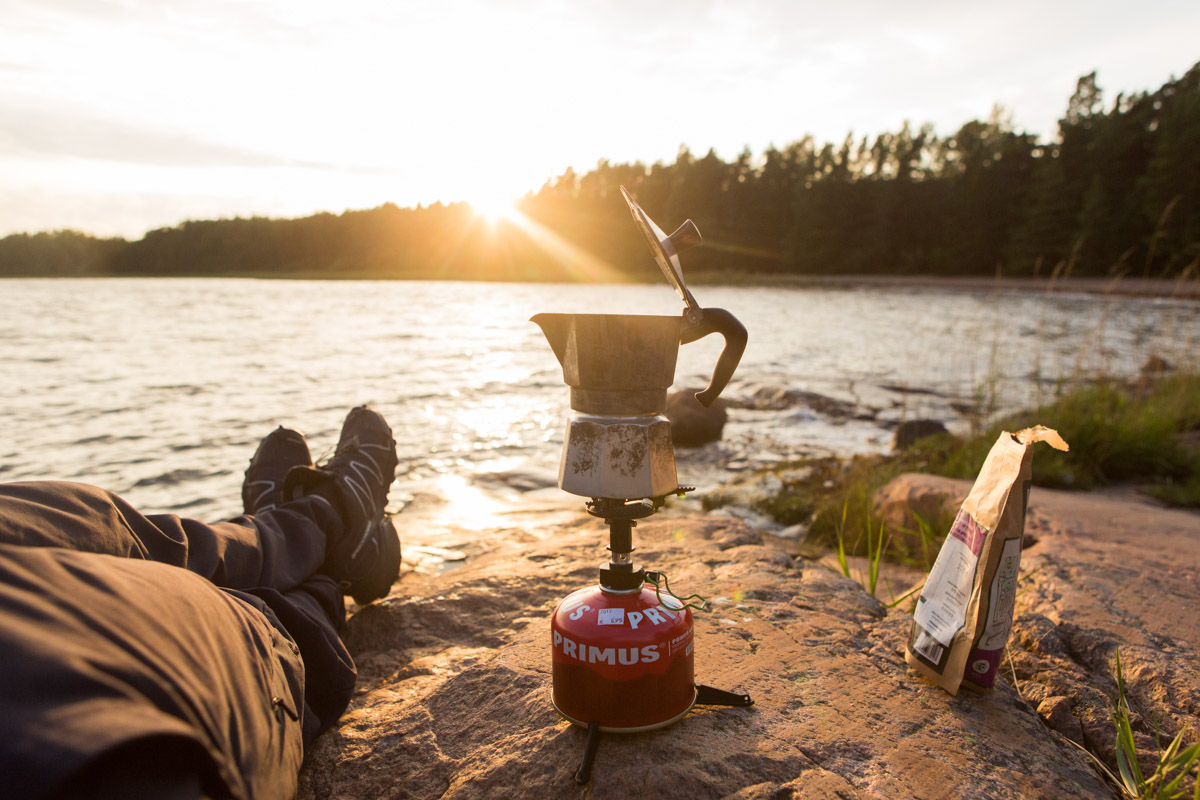 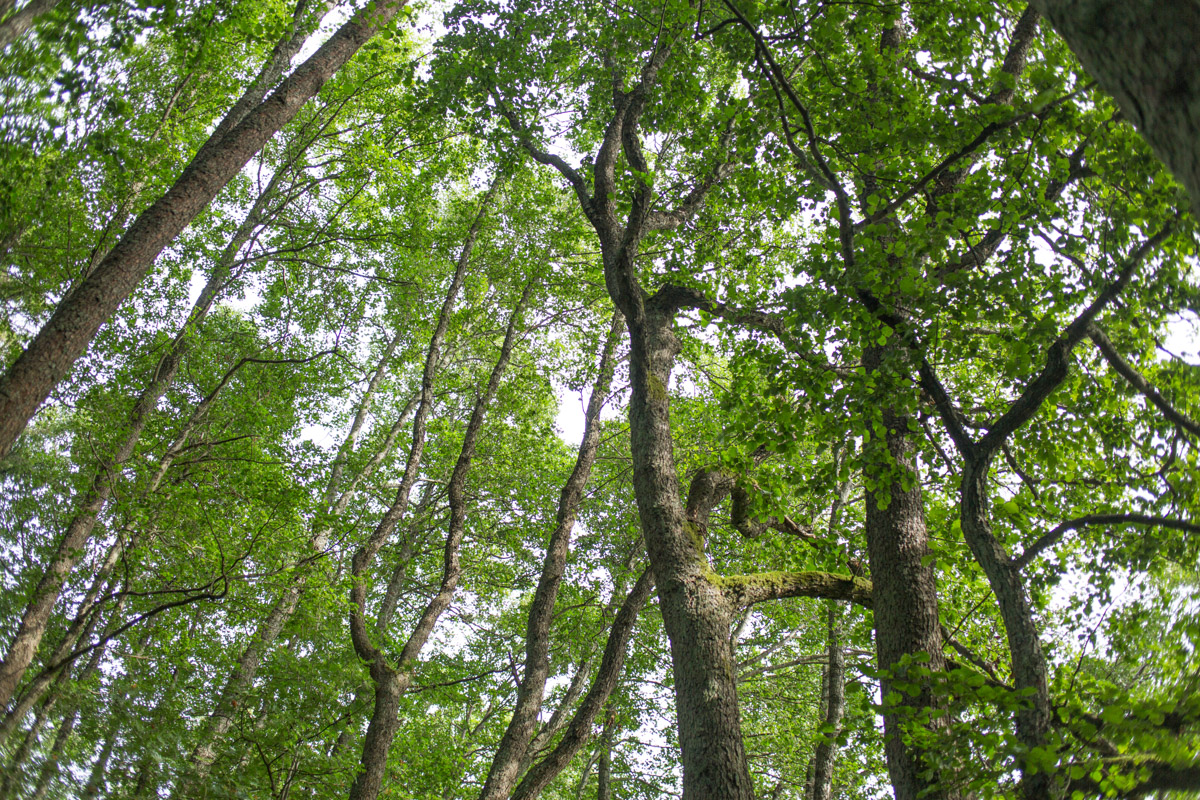 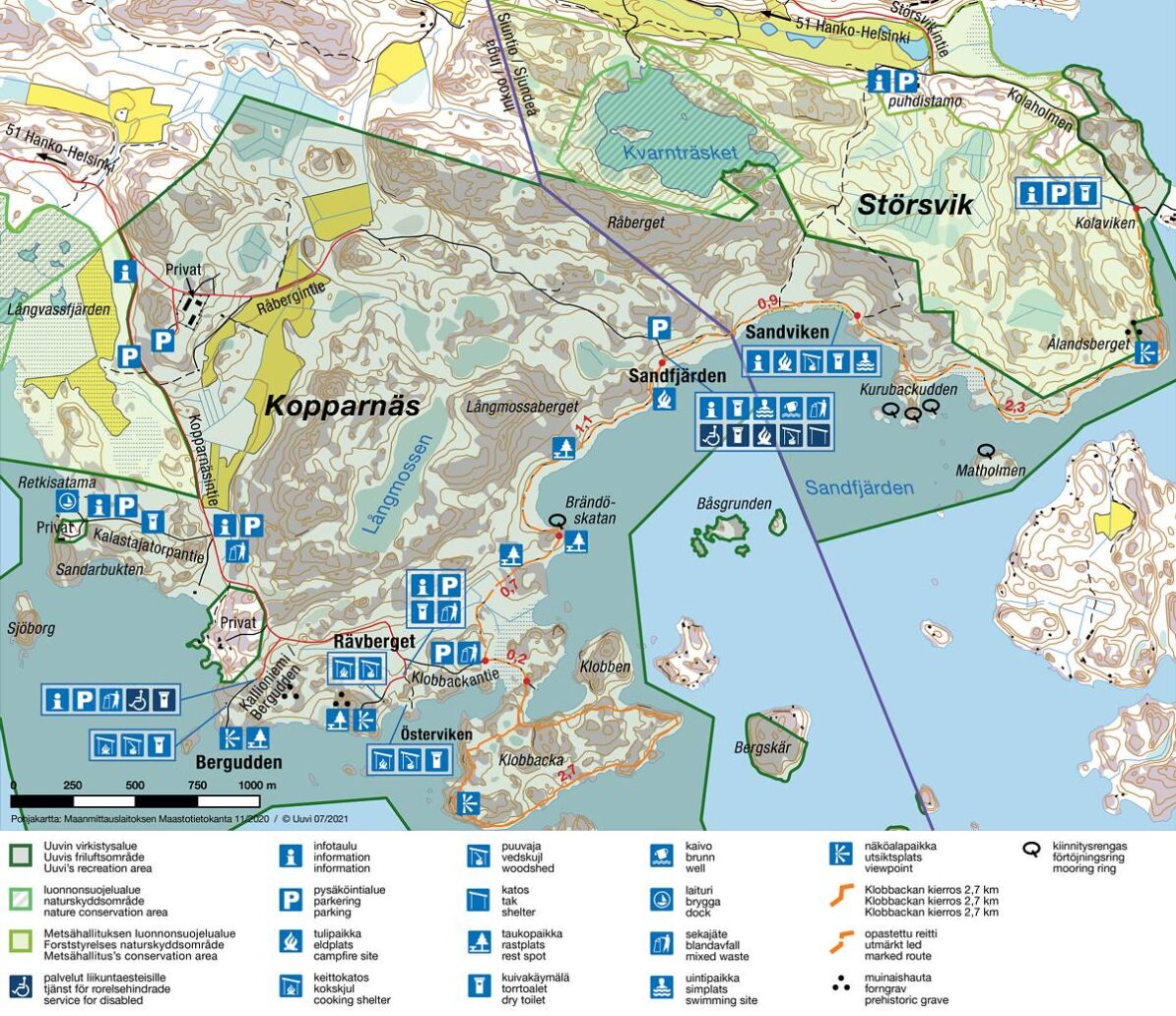 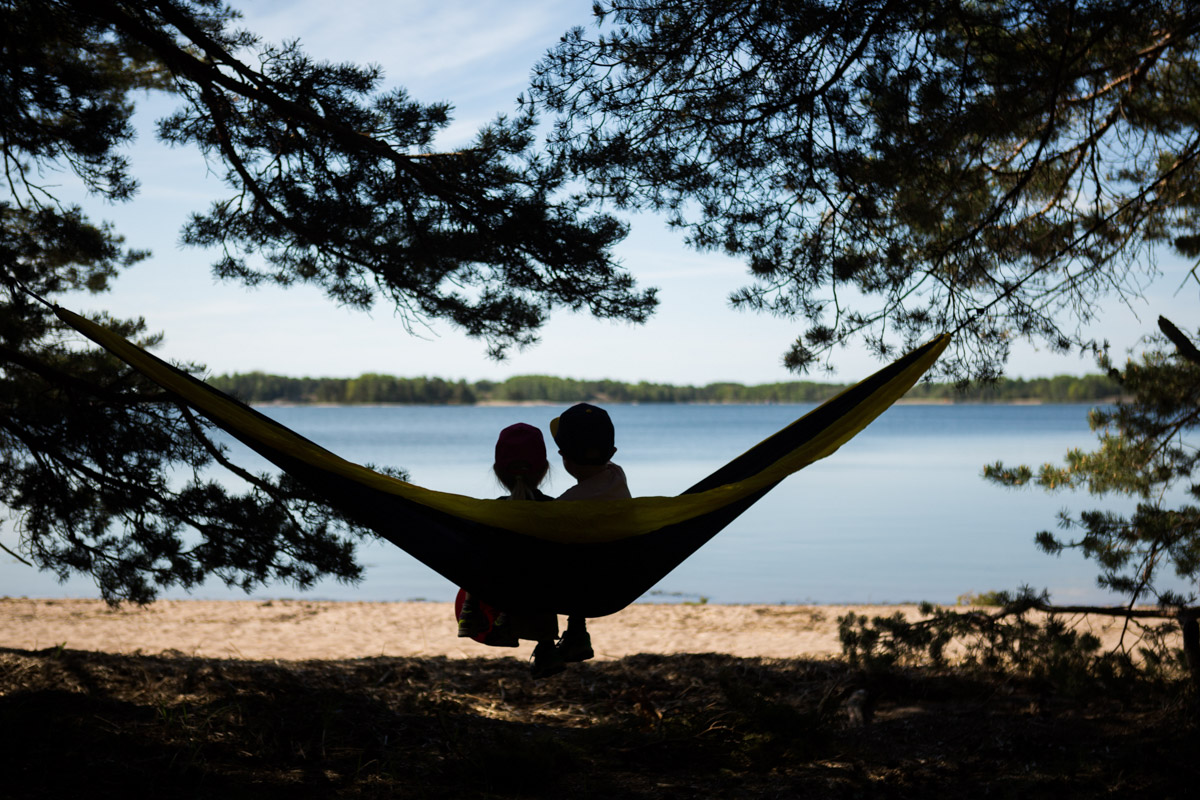